The Bridge: From Chile to the World

Created in 2017 in Chile by the Anglo-Brazilian Bernardo Carvalho Wertheim, the Startup The Bridge Social is focused on being a global network for digital creative and technology professionals. The startup has more than 180 vacancies open and 230 thousand people registered in its database. After opening offices in Colombia, Mexico, Chile and Brazil, the company recently arrived on North American soil, with the opening of an office in Miami. Bernardo added that the next step will be to settle in Texas and San Francisco.

Chile is quickly emerging as one of the top leaders in entrepreneurship. Chile is facilitating the participation of foreign entrepreneurs and investors in the startup ecosystem. The country launched a Visa Tech, which allows technology talent to acquire a visa in just 15 days. This visa is attracting foreign talent and helping to further position the country as a leading technology hub.

Innovation: According to the Global Innovation Index 2021, Chile ranks first in Latin America, followed by Mexico and Costa Rica.

Startup-Chile: It is an accelerator funded by the Chilean Economic Development Agency (CORFO), has generated a portfolio of over U$1.4 billion and has helped fund over 1,600 different startups from over 80 countries.

“We believe that in 10 years the LATAM countries, mainly Mexico, Colombia, Peru, Brazil and Chile, will begin to shift from a traditional economy, based on the extraction of natural resources, to one more focused on innovation that contributes to diversifying production matrix and where technology-based companies add value to the LATAM economy, offering products and services with a clear global competitive advantage”. Said Rocio Fonseca Executive Director, Startup Chile. Start-Up Chile is an initial investment accelerator created by the Chilean government with headquarters in Santiago

In 2016, Bernardo only had two weeks to prepare a video about the project to be delivered to Startup-Chile. The video should provide an introduction to the team, the concept, and why they should come to Chile, as well as filling out the required application forms.

The Bridge project was competing with 2,000 other startups, not some competing creative agencies as they were used to. “Nerves of steel and very thoughtful design were needed,” said Bernardo.

“The odds were against it, as we had almost no revenue to show for it”.

With the video completed, the project passed the first selection phase. Then came the “dragon’s lair” style interview. Finally, the $30,000 seed funding came out to cultivate the bridge and fulfill our dreams.

In 2020, The Bridge’s revenue was BRL R$14 million, considering the operations in Chile, Brazil and Mexico. In exclusively Brazilian operations, the company earned R$ 7.1 million. For 2021 Bernardo claims that the company will have grossed R$ 20 million. Globally, US$2.3 million in 2020 and US$8 million in 2021 according to Bernardo. The Bridge currently has around 100 employees

The business in Miami is led by The Bridge team in Brazil. The operation in Brazil is considered the most profitable of the startup and is headed by Irina Bezzan, Managing Director in Brazil.

“Miami is a region with many technology companies and, in addition, it has many Brazilians and Latin Americans, familiar not only with English, but also with Portuguese and Spanish”, adds Wertheim.

A large number of companies have moved to Florida in the last 10 months from other US cities and countries such as Argentina, Brazil and Colombia. According to (Would it be Harmonic?) Hamonic Data, the creation of pre-seed and seed stage startups will grow 70% in Miami by 2021, making it the fastest growing market in the US, compared to a 30% pace from California and New York City. SVB serves entrepreneurs and investors in every innovation center in the world and there is a lot of optimism for expanding tech presence in Miami.

Worldwide IT spending is projected to total $4.2 trillion in 2021, an increase of 8.6% over 2020, according to the latest forecast by Gartner, Inc. 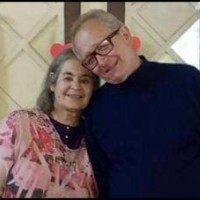